AN initiative in Spain has seen the collection of 584 tonnes of rubbish removed from the Mediterranean and Atlantic since it started in 2018.

The environmentalist project is co-financed by The Coca Cola Foundation and is working with the fishing industry in Spain and Portugal to carry out vital environmental research. 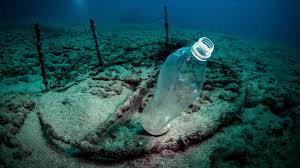 The main objective of the project is to obtain data to investigate what type of rubbish is on the seabed and therefore be able to look for solutions to a big global problem.

Fishermen, sailors and staff who work at Caleta de Vélez port have collected a total of 19 tonnes of rubbish from the sea bed this year, through the project.

The project, which is being run thanks to the collaboration of a number of environmental organisations as well as the Coca Cola Foundation, first started at Caleta port in 2018. Marbella joined the project last year.

In total there are 15 ports and 83 fishing boats across Spain and Portugal involved in the programme.

So far the results of the research show that the majority of rubbish is plastic. Specifically, 84 per cent of the rubbish collected by the fishing industry is plastic and five per cent is metal. Eighty per cent of the total comes from land.